Staff at Ringwood Secondary College in Victoria have learned a lot since students began learning from home. By mid-May, the team of around 140 staff had delivered over 2800 online lessons to their 1600 students, with both students and staff responding positively.

Michael Phillips, who has been principal at the school for 23 years, is now looking at some aspects of learning and working from home that could remain in place once staff and students have returned to school full time.

Having clear expectations for students and staff

During the first wave in Victoria, the school holidays were brought forward in order to give school staff time to plan for an at-home learning environment. At Ringwood Secondary College, where most students and staff were already set up with their own digital devices, some of this time was used to create policy documents and infographics for students and staff to refer to while working and learning from home.

“We were really clear on having some specific, but reasonably broad protocols that we wanted people to work with so that people weren’t overloaded with… lots of new information, but they actually had a framework in which they could work and understand,”
- Phillips shares

“We wanted the instructions (in the lesson plans) to be pretty simple and clear with a certain number of features attached to the lesson, and links to the resources that the students might need for that lesson so they’re not having to fumble around trying to find where that information is. They can actually click on a link and get what they need,”
- Phillips says

Exit passes – varying tasks for students to complete to determine their level of engagement with the learning – have already proved to have been a particularly successful implementation. While these were used by some staff previously, they now form part of all remote lesson plans. They’ve had positive feedback from both staff and students.

Looking ahead at returning to school

Some of the tools that staff and students have been relying on during remote learning will likely continue to be used once they all return to the school building, Phillips says. For example, some things have become more structured and efficient while working online, such as staff meetings.

“You can do them certainly in something that would normally take an hour or longer, in 30 or 40 minutes… so I’ve found that interesting, so far. Hearing a lot more voices in the room, so to speak. It’s not just the same people contributing,”
- Phillips adds

“One of the interesting things that’s happened is the sort of self-help that’s been set up, particularly with staff. So having such a big staff, the collaborative culture, which was okay before, has been enhanced considerably because people are suddenly, “we’re all in this together, we’ve all got to do this”.” 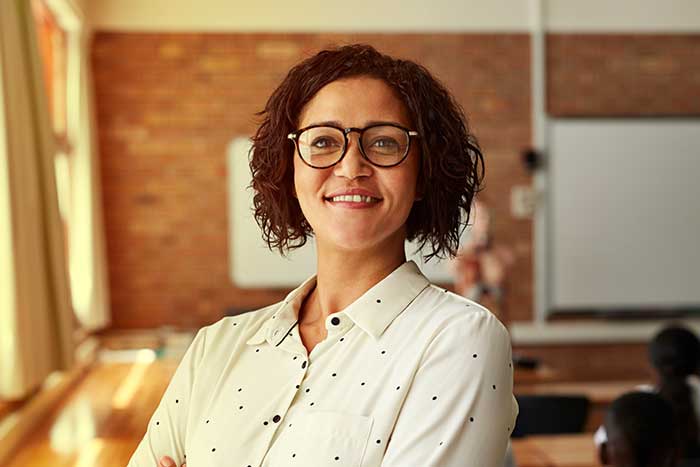